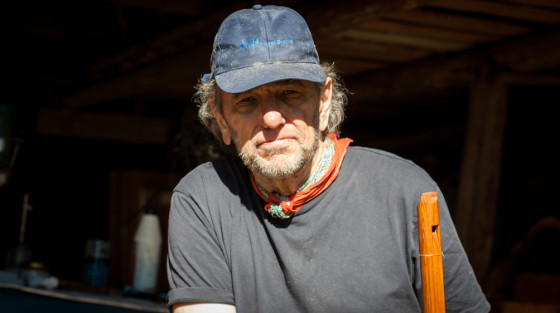 Instrument maker Gunnar Stenmark lives in Ås, Jämtland. Since 1996, he has been manufacturing traditional as well as newly developed flute models. Gunnar was awarded the title riksspelman (“National Folk Musician”) for his flute prowess in 2007. He also plays the Swedish bagpipe and fiddle. In his workshop, Gunnar produces a number of folk flutes: härjedalspipa, offerdalspipa, bjårskpipa, caval, åspipa, månmarkapipa and stenlundapipa. The wood is of local origin, often from Gunnar’s own forests. Gunnar learnt flutemaking from the musician and instrument builder Oskar Olofsson from Lillhärdal, who by his craftsmanship and passion for local history made it possible to pass on the legacy of the legendary musicians Olof and Jonas Jonsson in Överberg, active during the first half of the 20th century.

Gunnar’s flutes are used extensively by both instructors at the Folk Flute Academy and by other Swedish folk musicians (Ranarim, Sofia Karlsson and Niklas Roswall), and are also used by musicians in Argentina and Japan.